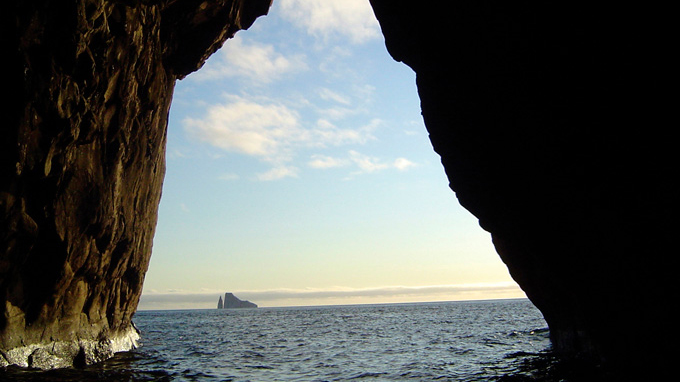 The award-winning Galapagos Islands are never at rest, but are continually adapting and evolving. The plants, animals and the very geology of the archipelago are continually shaken by volcanic and seismic activity, El Niño and La Niña climate patterns, and three major ocean currents. Extraordinarily unique in their ecosystem, geology as well as their history, the Galapagos Islands are a remarkable example of the intricate connections between life and natural events (both catastrophic and beneficial).

However, by far one of the most remarkable aspects of these islands is the fact that they have remained almost entirely unaffected by man. An estimated 95% of the islands’ pre-human biodiversity is still intact, something that has certainly not gone unnoticed by the rest of the world. Over the years, the Galapagos Archipelago has received numerous prestigious awards for its natural beauty, marine reserve, its incredible geological processes and much more. 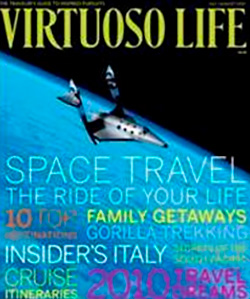 Thanks to its natural beauty and scientific importance for tourists and experts alike, the Galapagos Archipelago has won numerous awards from well-known magazines and newspapers. The World Travel Awards have particularly distinguished the islands, nominating them for a number of categories several years in a row and even granting it the title South America’s Leading Green Destination in 2012 and also South America’s Leading Dive Destination in 2007. Furthermore, it was nominated as one of South America’s Leading Destinations from 2005 to 2010. The World Travel Awards, also known as the “Oscars” of tourism, are renowned across the globe for recognizing high-quality tourist sites, and is the most prestigious and comprehensive program in travel tourism.

Likewise, the well-known magazine “Travel and Leisure” also chose the Galapagos Islands as the World’s Best Islands in 2008, 2010 and 2015, and gave it second place in 2009. Furthermore, the New York Times awarded it #3 of 44 places to go in 2009, while world-renowned sites such as Rome and Chicago took #20 and #14, respectively.

These awards are further supported by one of the world’s leading luxury travel networks, Virtuoso Travel, which named the Galapagos Islands the Most Alluring Island Escape in its award-winning magazine Virtuoso Life, as well as Best Family Destination and second place in Best Outdoor Adventure.

The spectacularly clear waters and remarkable marine life have made the award-winning Galapagos Archipelago famous for scuba diving. In addition to several nominations (2005-2010) by the World Travel Awards, Galapagos diving was also awarded Best in Overall, Health of Marine Environment and Marine Life in the Pacific by Scubadiving.com in 2010. This magazine, highly respected by diving experts worldwide, ranks global diving destinations on an annual basis. The Galapagos was given a particularly high score as a result of the wide variety of marine life that divers can observe. Scubadiving.com wrote that scuba divers are able to see “whale sharks, a pod of dolphins, sea lions, a school of hammerheads, a large Galapagos shark, hundreds of almaco jacks, blue jacks, bacalao, masses of blue-striped chub, yellow-fin tuna, blue runners,” among others, in just one dive.

However, the islands are most well-known for their title as a UNESCO World Heritage Site. This notable and highly distinguished organization works to promote the “identification, protection and preservation of cultural and natural heritage around the world considered to be of outstanding value to humanity.” Thus, this title is a great honor for the archipelago. Indeed, UNESCO deemed it to be a ‘melting pot’ of marine life, as it formed at the intersection of multiple ocean currents.

The Galapagos Archipelago, along with Yellowstone National Park in the United States and the Islands of Goree in Senegal, was one of the 12 sites included in the first World Heritage list in 1978. This classification was determined based on four important points: 1) the variety of underwater life and geomorphological forms, 2) the continuum of geological and geomorphological features, 3) the exceptional examples of the effect of ecological, evolutionary and biogeographic processes on flora and fauna, as well as adaptive radiation; and, 4) the remarkably high rate of diversity and endemism.

The award-winning Galapagos Islands are a beautiful and delicate example of interactions between species, marine and terrestrial environments, and nature, uninfluenced by the forever prodding hand of man. The plants, animals and land itself are all the result of chance and particular natural events, providing experts with vital information on the evolution and interaction of species. On the other hand, their natural beauty, diversity and purity make the Galapagos a unique travel destination for divers, explorers, families and all nature lovers.

next10 Reasons to go on your honeymoon at the Galapagos Islands