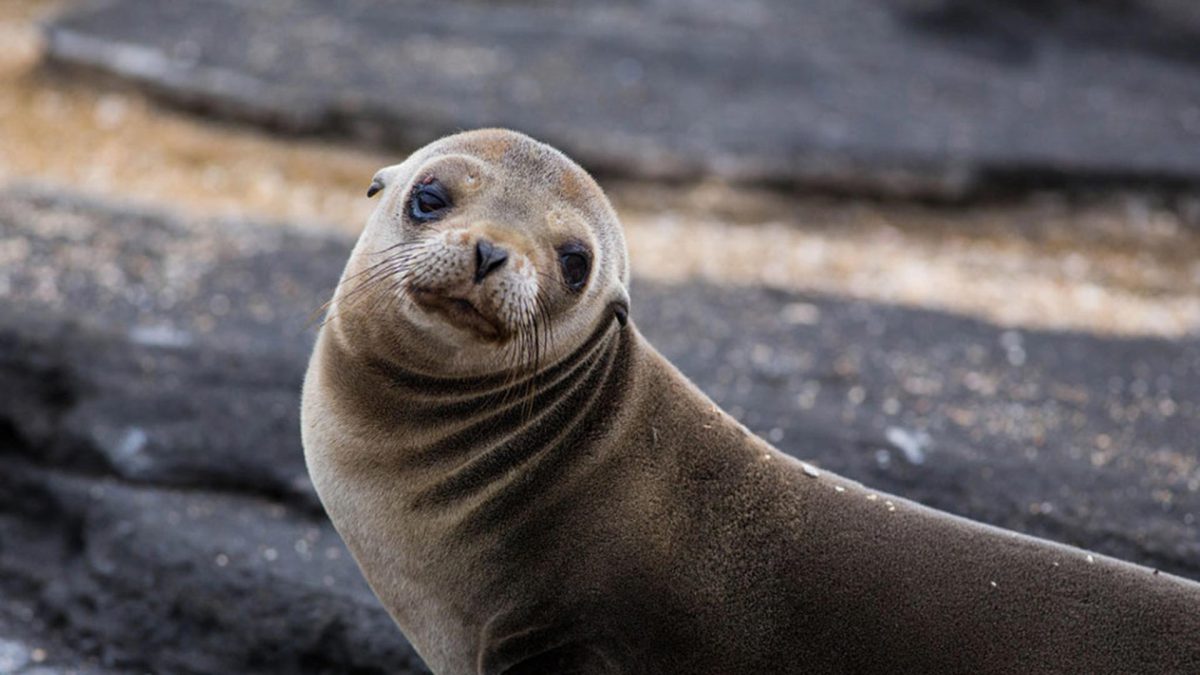 We’ve probably always wondered what the difference is exactly between a seal and a sea lion, and it doesn’t help that the latter doesn’t have a mane around its neck to help with distinguishing the two in the Galapagos. Both animals do share one common characteristic: they are both pinnipeds, which means they both have fin-like feet along with a couple of other similar morphological traits. Aside from that, however, Galapagos seals and Galapagos sea lions differ from one another based on their appearance, behaviour and distribution.

Shorter snouts and thicker coats are the predominant trait of fur seals. Unlike sea lions who are readily found lounging on sunny beaches, they also prefer shaded areas and rocky coastlines. In addition to all this, Isabela and Fernandina islands are home to most Galapagos fur seal populations, while Galapagos sea lions have a wider distribution among the islands of the archipelago.

All seals have shorter snouts and thicker coats, compared to seal lions. In addition to this, seals tend to prefer shaded areas and rocky coastlines, unlike sea lions who are easily found lounging around on sunny beaches.

How can you tell the difference between Galapagos seals and Galapagos sea lions? The scientific name of the Galapagos fur seal is Arctocephalus galapagoensis. The genus name, Arctocephalus, which includes all fur seals, is translated as “bear head” – a clue that helps us identify these furry marine mammals. Be on the lookout for a bear-like muzzle – that’s both short and pointed – when searching for seals.

Sea lions have longer snouts and their eyes can be seen farther back on their heads.

Another way to tell sea lions and fur seals apart is to note that seals have ears that stick out farther away from their heads. Sea lion ears, on the other hand, are flatter and can be seen closer to the head.

Differences in Behaviour and Distribution

Seals are more akin to hunkering down in shaded areas, typically within the alcoves created by rocky coastlines. Consequently, their behavior leads visitors to seeing them a lot less, despite their numbers being similar to those of the sea lions.

Sea lions are much more frequently spotted on beaches and piers throughout the inhabited islands. It would be a complete shock to not see a single sea lion while in the Galapagos. Disembarking onto a local pier in Puerto Ayora or Puerto Baquerizo Moreno will usually find guests having a hard time not stepping on the lounging animals that are spread out across the coast.

– Close up of a Galapagos Sea Lion –

Something else to note is that fur seals feed at night while sea lions feed almost entirely during the day. As a result this nocturnal feeding habit of theirs, fur seals become synchronized with lunar cycles more often than not. Scientific research has observed that seal have an increased hunger levels throughout the new moon versus the full moon.

Still having trouble in differentiating between Galapagos seals and Galapagos sea lions? Don’t hesitate to ask your Galapagos guide, as they’ll be sure to help give you tips as to how to spot the differences too.
All Metropolitan Touring itineraries offering our guests the opportunity to see as many sea lions as possible, but if you want to have a better chance of seeing the unique Galapagos fur seal, be sure to check the Galapagos BIG15 guide to make sure that your itinerary covers the specific islands necessary.