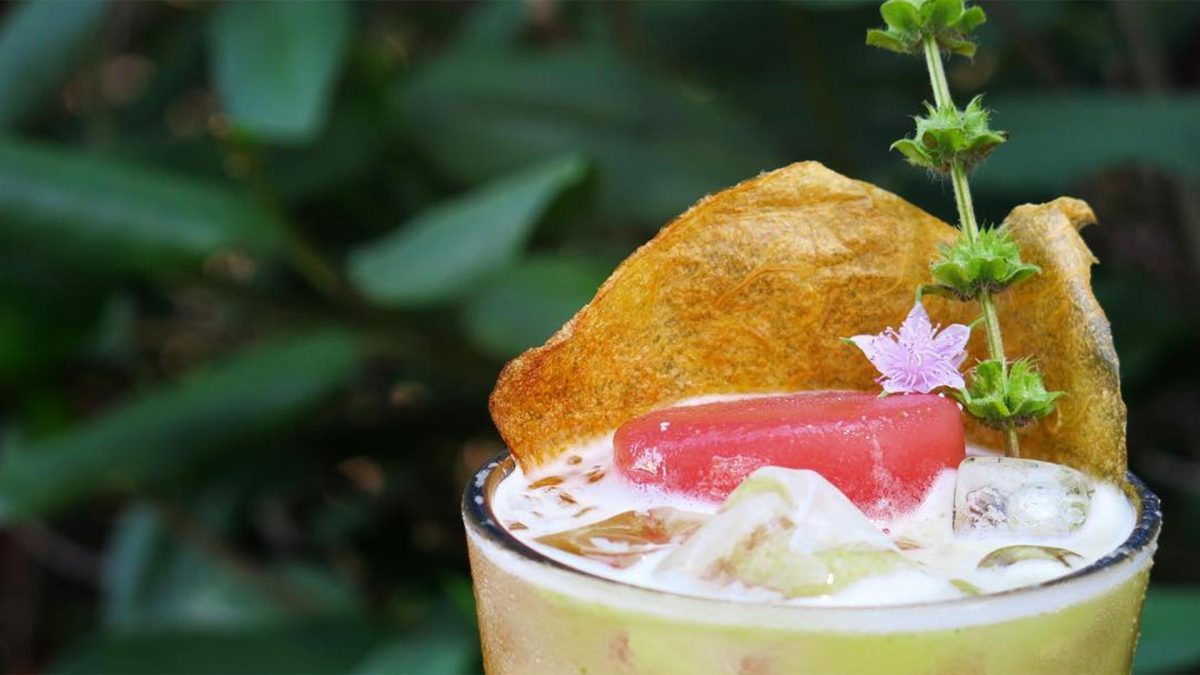 Mixologist Jossimar Lujan travelled all the way from Peru to make new drinks at the bar over in the Finch Bay Galapagos Hotel. After coming to the Galapagos and spending time with the Finch Bay family, our mixology consultant created a unique menu of drinks — a natural selection for our corner of Santa Cruz Island.

One special feature of this cocktail menu is that it features ingredients from the Finch Bay´s very own Chakrita Lab. Chakra is a Quechua word, from the Andean highlands, that is used to refer to a small farm that provides food for a town or city. The archipelago’s harsh and arid climates make agriculture and other plant life on the Galapagos challenging. Some small, private farms operate in the highlands regions of Santa Cruz and San Cristobal, but their production is not nearly enough to sustain the island’s population. The majority of food items consumed in the Galapagos have to be imported from mainland Ecuador. The archipelago lies more than 600 miles off the coast of Ecuador, which means that the little produce that does reach consumers is often poor in quality and variety, not to mention prohibitively expensive. Most of the population of Galapagos can’t afford high-quality fresh produce. And the produce they can get comes with a high environmental footprint.

The Chakrita lab is a self-contained greenhouse that produces vegetables and herbs for the hotel kitchen. An added benefit to growing locally and right next to the Finch Bay Galapagos Hotel is that the delicious produce (that we have been able to grow right in here in our own backyard) allows us to reduce the amount of food that we import from the mainland. This innovative project reduces our hotel’s carbon footprint and allows us to provide this very unique service for our guests as well.

Another added benefit is that growing locally allows us to stir up some rather “endemic” cocktails at the hotel’s bar. The cocktails we make here are in endemic in the sense that they are unique to the Finch Bay Galapagos Hotel, and cannot be found anywhere else in the world. Using fresh ingredients from the hotel’s own Chakrita Lab, one could say that these drinks have almost “evolved” to fit their environment. Such rare concoctions include the following:

Be sure to follow Jossimar Lujan’s Instagram account for exciting new cocktails and beautiful photographs. There you can check out the other endemic cocktails he created as a mixology consultant for Mashpi Lodge, Casa Gangotena, and Metropolitan Touring’s three Galapagos cruise ships. We are thankful to have had Jossimar as part of the Finch Bay Galapagos team!

nextWorld wetlands day: protecting the mangroves of the Galapagos