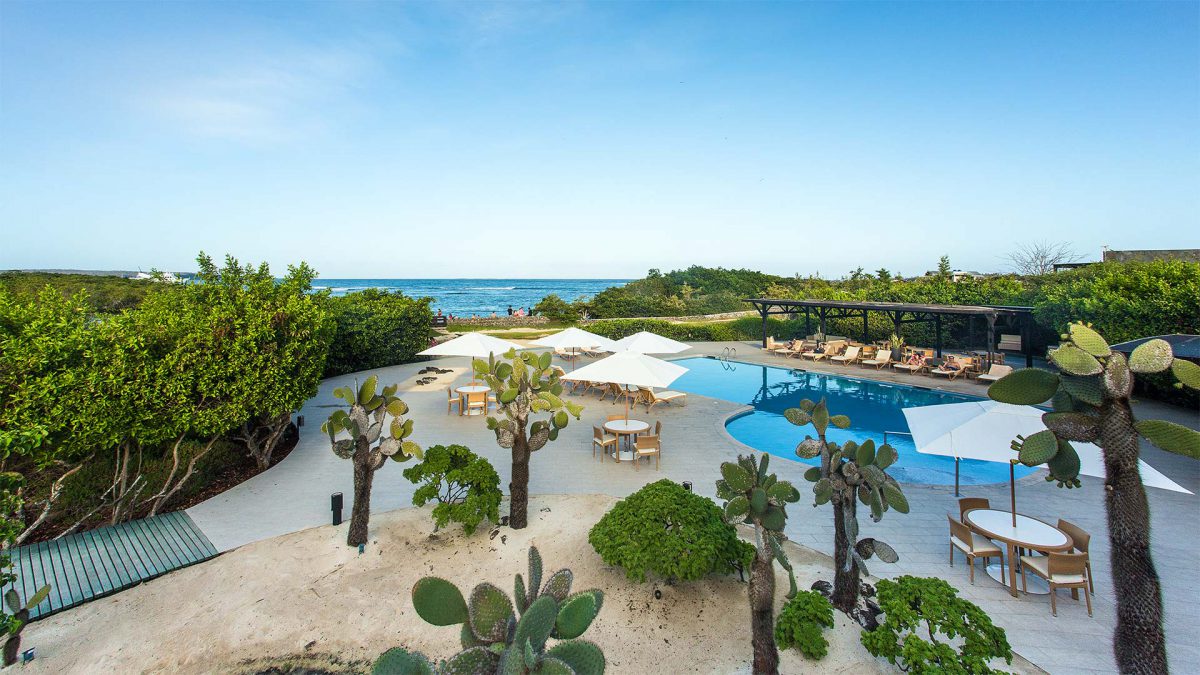 Finch Bay selected as finalist for the world legacy awards

Finch Bay Galapagos Hotel has been selected as a Finalist for the World Legacy Awards. The World Legacy Awards is a National Geographic Society initiative, which aims to recognize best practices in sustainable tourism. Finch Bay has been nominated in the category of Earth Changers, which, according to the World Legacy Awards website, “recogniz[es] cutting-edge leadership in environmentally friendly business practices and green technology, from renewable energy and water conservation to zero-waste systems and carbon emissions reduction.”

Hotel manager Javier Gómez stated in an interview that the hotel’s selection was “an honor that motivates us to keep improving.” Gómez emphasized the inspirational nature of working with tourism in the Galapagos, highlighting the significance of the potential impacts of large and small conservation efforts on both the personal and institutional level.

In the interview, Gómez discusses achievements that the Finch Bay has made through its various sustainability initiatives, which began from the very first day the hotel started operating under its new management. Practically every year, hotel management has made significant investments to make the hotel more environmentally friendly. In summary, these initiatives have included the replacement of traditional lighting with LED lighting and sensors, the use of more energy efficient appliances, the installation of water treatment plants both for potable water and sewage supported by rainwater collection canals, and solar energy heaters that reduce energy needs by 50-70%. The hotel began to separate its refuse into waste and recyclables back in 2004 and the efforts never stop: from 2012-2016 the hotel has sponsored a project to reforest the local mangroves with native plants, thus improving nesting areas for local birds.

The hotel’s Chakrita Lab project is yet another example of the company’s commitment to protecting the privileged environment in which it operates. At a specific property level, it provides fresh produce with less waste and allows both the chef and bartenders to develop innovative and high quality food and drink offerings that would otherwise be complicated in this remote island environment. At a larger level, however, the goal of the project –currently a pilot but hopefully later a larger scale initiative– aims to “scale down the amount of imported foodstuffs required on the island through hyperlocal organic vegetable production.”

If you are interested in reading the rest of Gómez’s interview or learning about the other award finalists, click here.

The Finch Bay Galapagos hotel is proud to be a part of holding company Metropolitan Touring’s overall corporate efforts to support increased awareness amongst the local population. As part of the Fundación Galapagos Ecuador, the hotel has supported a grassroots initiative that has managed to transform the management of recycling and recycled materials in Galapagos. The impact of the program extends beyond the project itself, and has even changed the way that locals and visitors think about recycling: “Today, visitors and island locals have become far more conscious of the need to reduce, reuse, and recycle, working together to keep the archipelago garbage-free.” This project has now been handed over to the municipal government after a significant incubation period.

Last week Finch Bay Galapagos Hotel also won TripAdvisor’s Traveler’s Choice Award for the 6th year in a row. The Finch Bay is an example of sustainable best practices and excellent service can go hand in hand. Come join us Finch Bay to experience the wonder for yourself!

previousWorld wetlands day: protecting the mangroves of the Galapagos