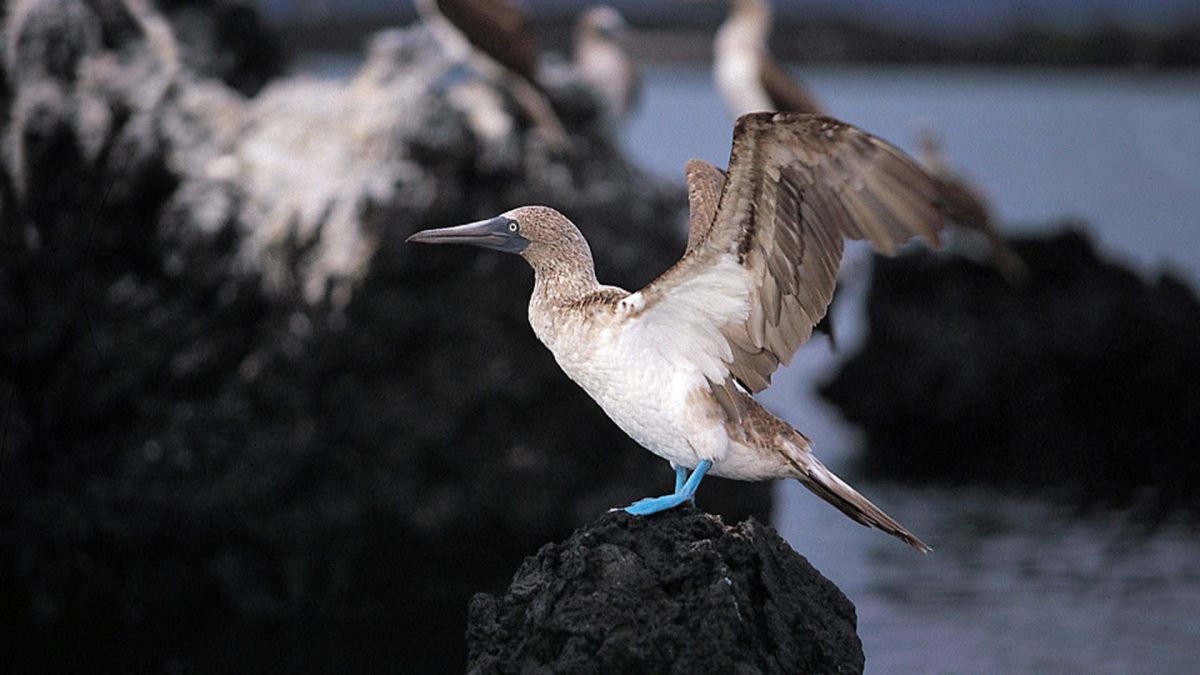 When you hear about the Galapagos Islands, various images come to mind. Charles Darwin’s name appears written in elegant cursive handwriting. Perhaps an exploding volcano is heard in the distance, and you picture a sort of flying-reptile hybrid with blue feet, a turtle shell, and black scales. If the latter is the case, you are probably a little bit confused as to who the inhabitants of these islands are. But if visiting the Galapagos is on your bucket list (and if it isn’t we can’t insist enough that you do include it), you’ll probably want to learn a little bit more about this magical place. There are many ways in which this archipelago can be visited, either by land or sea – or a combination of both (which is our personal recommendation) – and wildlife adventures are simply a part of everyday Galapagos routine. So in order to get you even more excited about what this exotic place has to offer, let us introduce you to our three favourite Galapagos species that you will not find anywhere else in the world: Galapagos giant tortoises, marine iguanas and blue footed boobies (all BIG15 species).

Imagine waking up to a view of a white-sand beach, mangroves and the Pacific Ocean. That is just a normal day in Santa Cruz’s only beach-front hotel at the Finch Bay Galapagos Hotel. Now, add a about a hundred finches flying around while scoping out the day’s breakfast. Not far from your room, a black iguana calmly walks towards the sea. In fact, right in front of the hotel, in a small batch of sand that’s protected by ropes, these same iguanas have their nest. This endemic species of the islands – once given the humorous name “imps of darkness” by the one and only Charles Darwin – is an example of how land iguanas adapted themselves to the harsh conditions of the archipelago many thousands of years ago. They are the only reptile that finds nourishment in the sea, diving up to 9 metres underwater to find it. They have a supersized supraorbital gland that helps them release the excess salt from their blood flow. This is why you’ll constantly see them doing something that looks similar to sneezing or spitting and a lot of white liquid coming out of their nostrils. It looks disgusting, but it’s just salt.

During your stay on the island of Santa Cruz, you will have the ability to come into close contact with these very gentle giants. Be it while visiting the Charles Darwin Research Station’s Breeding Programme, or up in one of the highland farms (where they actually roam around freely), you will almost automatically fall in love with their ease. They are the largest tortoise species in the world and can live up to a 100 years. To recognize specific species of Galapagos giant tortoise, you only need notice the shape of their shell, as it varies from island to island. Even though their numbers were dangerously reduced due to hunting by pirates in the 17th century and then whalers in the 18th century, they are now slowly recovering thanks to breeding programs and the eradication of invasive species, such as rats, feral cats and dogs. Take your time to appreciate these amazing animals in their natural habitat and try to follow its example by taking things calmly.

This colourful bird is an everyday sighting in the archipelago and a local favourite. Not only because of the beautiful blue hue of their feet and beak, but also because of their funny movements on land and amazing flying and hunting abilities. It’s common to see it during excursions or just casually sitting at docks. This bird is known for its comical mating ritual in which it puts on a full show to impress the female by displaying its feet in front of her. It’s known that the more turquoise the hue of the feet is, the more successful it will be in finding a mate. The blue colour is actually an indication of how well nourished the male is. Blue-footed boobies are also known for their diving technique, plunging into the water like torpedoes, which is why their nostrils are fused and they breathe through their mouth.

If you dream of immersing yourself in nature in its purest form, the Galapagos is the place to go. So book your trip today and get ready to be amazed while being a witness to evolution!

previousShorebirds of the Galapagos: numerous and delightful