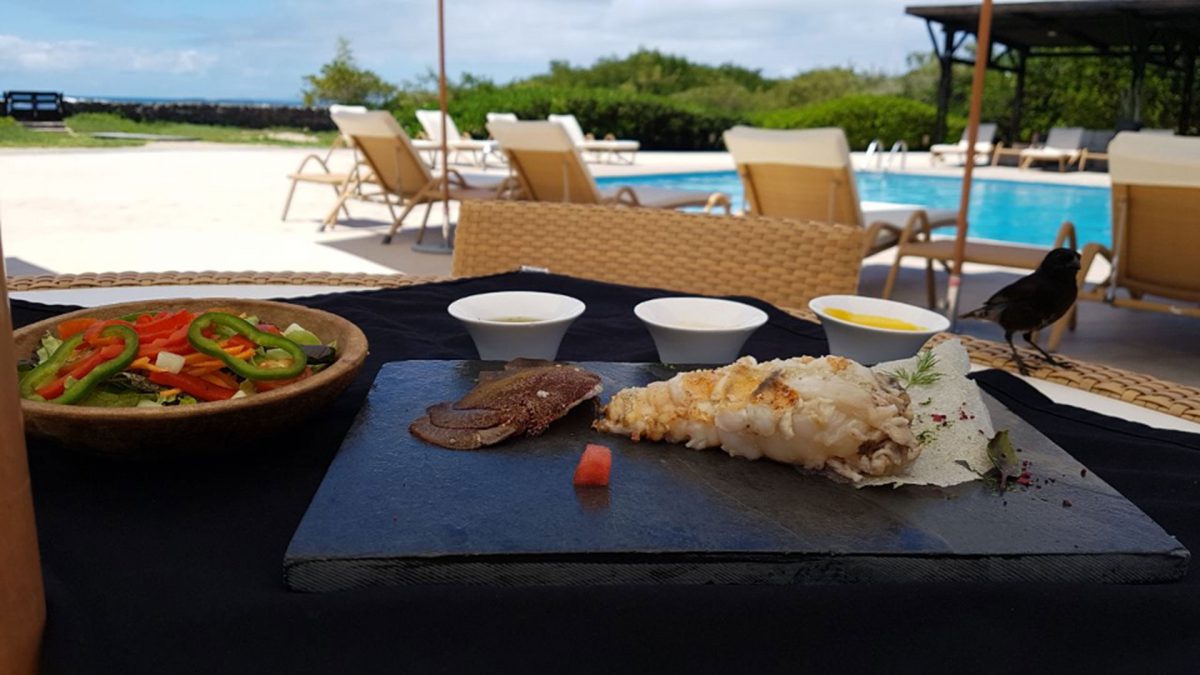 The Galapagos Islands are a dreamer’s paradise. It’s one of the few places in the world that harbours an exclusive group of species and hidden geographical treasures. What’s even better? Its ocean is home to plenty of delectable sea life that hangs out near the rocks and coral reefs that dominate the islands. Not all that deep inside the oceans of the of the archipelago, the Galapagos lobster offers us an incredible creature to enjoy and satisfy our palates with. Here at the Finch Bay Galapagos Hotel, we can enjoy them in the best way possible.

Lobster in the Galapagos (Scyllarides astori) is a native species of the archipelago and can be caught only during certain seasons throughout the year. The Galapagos National Park regulates the fishing cycles for lobsters, as well as just how big they must be in order to be caught legally.

The Galapagos lobster distinguishes itself from other lobsters due to its head, antennae and its maroon colour. It does not have thorns like the common lobster and its tail, which can reach up to 38cm in length, contains a lot more meat. With the Galapagos lobster, it’s not uncommon to see locals preparing them using typical Ecuadorian recipes that hail from the coast and the islands themselves.

As a cook, I like to prepare my Galapagos lobster on the grill. The following is my recipe.

Place the lobster on a cutting board and separate the head from the tail. Try not to damage the meat in the process. I recommend using scissors to cut the tail in half and then to marinate the lobster with nothing more than salt, garlic and a touch of pepper. As a result of this lobster coming from the already salty sea (and consequently having a strong flavour), it’s not that necessary to use too many condiments or spices during its preparation. But, if need be, we can accompany this delicious dish with coconut sauce, chimichurri (fresh herbs and oil) or a lime and lemon sauce.

As garnishing for this dish, we have two options. We can accompany it with a salad consisting of lettuce, bell peppers, cucumbers, tomatoes, olive oil, vinegar and sea salt. And we can’t forget to add some patacones (mashed and fried plantain patties) as the perfect addition.

The dates for catching and preparing this species of lobster are between the months of March until the end of August. The permitted and legal length of the lobster needs to be 22cm (minimum) per catch.

So head on over now, and bask in the glory of lobster season (in one of the most beautiful places in the Galapagos!) by indulging your palate over at the Finch Bay Galapagos Hotel!