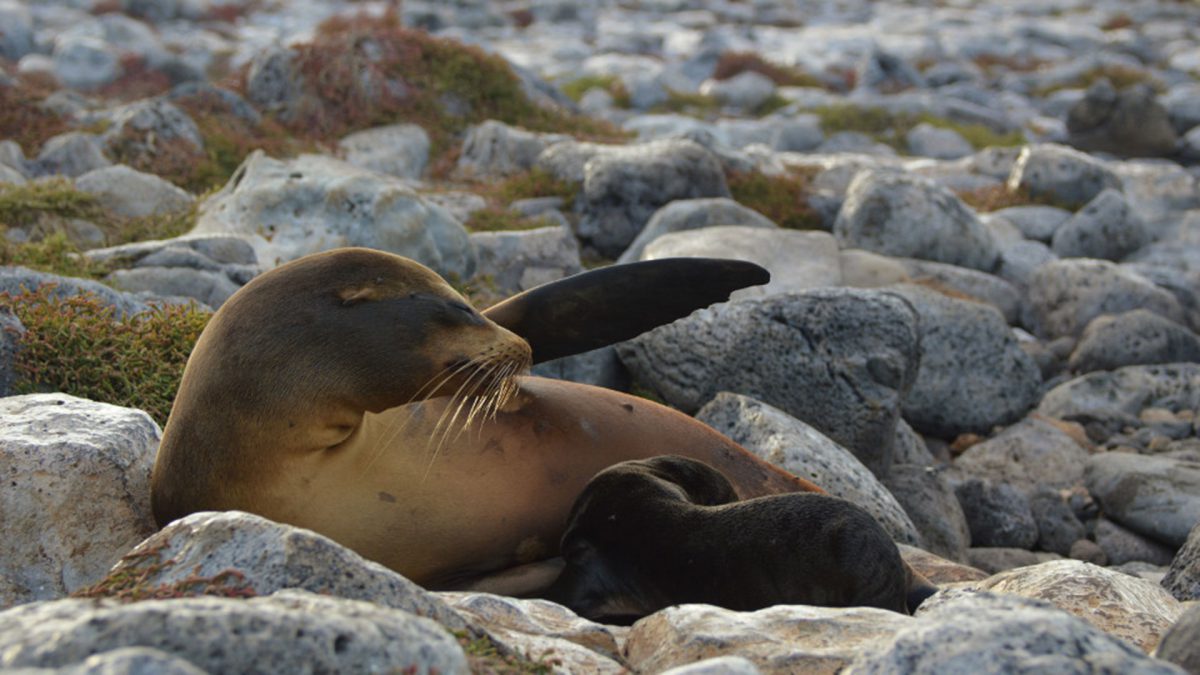 Wildlife can be observed all year long in the Galapagos. Because cold winds and water currents get intertwined in the archipelago, the amount of life you see on the islands doesn’t vary much. A more visible difference is seen with Galapagos vegetation. Come hot season, everything becomes a beautiful shade of green thanks to the refreshing tropical rains. On the other hand, during the dry season, the vegetation turns a light brownish-greyish tone to guard itself until the rains come back. Even though mating and nesting can be seen throughout the year, animals do try to time their pregnancies to when the land and sea are filled with more nourishment, perfect for the Galapagos sea lion pupping season. This timing is an example of just how wise Mother Nature is when it comes to surviving and thriving.

When Is the Galapagos Sea Lion Pupping Season?

August and September – sometimes as late as October – are the months when the dry season is at its peak. It is also the time when most sea lions are born, which is why these are also called the “pupping months”. During this period, some guests have even been able to watch Galapagos sea lions give birth. It’s an amazing experience to be able to see the beginning of life out in the wild, with no restrictions. The dry season brings cold water currents and fresher air currents that fill the sea with life and nourishment. This means mother sea lions will have more food at their disposal, making for a more productive breastfeeding period. This is why most sea lions are born during the dry season.

Sea Lions Control When They Give Birth

Galapagos sea lions – a Big15 iconic animal – have a gestation period of 9 months. After giving birth, something interesting happens when sea lions enter what is called estrus stage. This means they are very likely to get pregnant again only a week or two after giving birth. Let’s do the math: if the sea lion mother just gave birth in August and then gets pregnant a week after, after nine months, that means the pup would be born around the month of May. May is a tricky month for giving birth given it’s the hot season, when nourishment is still a little scarce due to warmer sea currents. Consequently, it’s not an optimal month. But adaptation works in mysterious ways (not really, though, for it is scientifically proven), as sea lions have managed to delay the time of birth until conditions are optimal again.

This process is called delayed implantation – or embryonic diapause – and it is a reproductive strategy used by Galapagos sea lions and other mammals, like bears, rodents, marsupials, and others. What it does is that, instead of immediately implanting the embryo in the uterus right after reproduction, it instead maintains it in a state of dormancy – a state in which it will remain until the mother times the birth of the pup with more favourable conditions. This means the gestation period can be postponed for as long as a year and that sea lion pups can be feasibly and conveniently birthed around the dry season.

Get ready for pupping season in the only beach-front hotel in the Galapagos!

If you are planning to come to Galapagos during your summer vacation, make sure you make the most of your time in the islands. Book a relaxing and exotic experience at Finch Bay Galapagos Hotel that you will never forget. Finch Bay Galapagos Hotel, located on Santa Cruz, is the only beach-front hotel on the island. Ask the hotel about their day trips on their private yacht, the Sea Lion. You are guaranteed to see some unbearably cute pups. Get ready for some awwwwws!

nextIs it possible to get the most out of the Galapagos without breaking the bank?