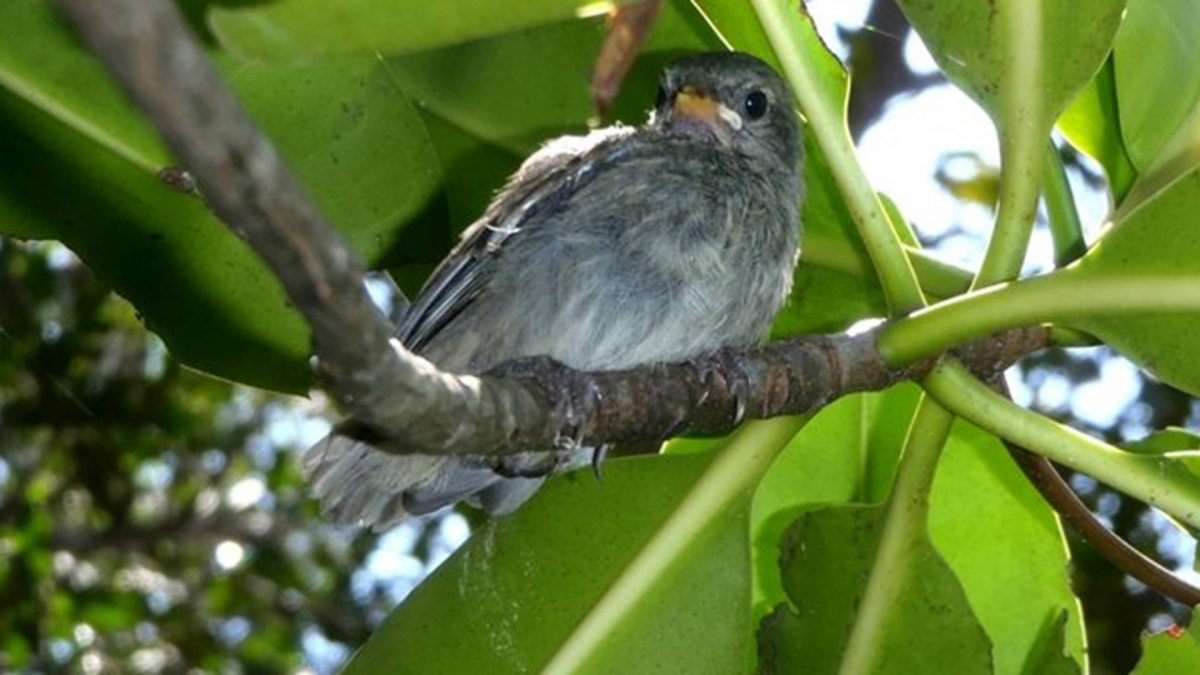 The grave case of the mangrove finch

There’s much to be said about the mangrove finch – a tiny little bird that blends in, almost seamlessly, with its surroundings thank to its dull brown- and olive-coloured feathers. Serving as one of the biggest and most emblematic symbols behind Darwin’s own theory of evolution, the mangrove finch spreads itself throughout the Galapagos islands into 13 different species – each adapted to their environment. With the introduction of foreign animals, however, the mangrove finch has faced elevated levels of threats to its existence in recent years. Back in 2014, the situation became worrisome enough to spark an initiative, led by none other than the Charles Darwin Foundation, to help protect these iconic birds from possible extinction. The initiative took the shape of a project focused on the rearing of these birds in a secure environment and then the repatriation of these same birds.

Isabela and Fernandina had been home to some very healthy mangrove finch populations up until 2011, at which point it was confirmed that all that remained of these birds was a small group of them on Isabela (residing in just two small mangrove patches across the whole island). Their numbers, which hovered around the 100 mark, along with their low reproduction rate and the reduction of their mangrove habitat, consequently made them less resistant to change. What this entailed was a bird whose species wasn’t diverse enough to withstand the dangers that came with environmental changes and particular diseases. Taking all these risks and factors into consideration, the IUCN Red List of Endangered Species ended up classifying the mangrove finch as Critically Endangered.

The Beginning of the End?

Ever since its arrival to the islands millions of years ago, the mangrove finch has prevailed and evolved into roughly 13 different species, each one adapted to their own particular environment around the islands. Introduced species and an elevated pattern of extreme weather conditions jeopardized the success of the mangrove finch in particular. A certain parasitic fly (philornis downsi) has been one of the second leading (17%) cause of nestling mortality within the mangrove finch community. The first leading cause of nestling mortality is the abandonment of eggs, which accounts for 29% of the mortality rate.

Again, with their lowering numbers and, consequently, the increasing homogeneity of their gene pool, the mangrove finch was in grave danger. It didn’t help that the entire population was suffering from an alarming 33% nesting success rate. Black rats, which had been introduced to Isabela, were becoming the predominant reason for this (as a result of their preying on the eggs and chicks). Interbreeding with the woodpecker finch also didn’t help to diversify their gene pool sufficiently. All of these tendencies and patterns occurring within the mangrove finch community eventually came to make them less resistant to variations in climate and certain new diseases that would pop up every now and then. Like the great potato famine, it wasn’t too far-fetched to consider the possibility of an outbreak of a certain disease or an instance of extreme weather being the sole reason for the extinction of this entire species of finch.

A New Hope for the Mangrove Finch

Enter the heroes of this unfortunate situation: the Galapagos National Park (GNPD) and Charles Darwin Foundation (CDF). Today, these two have been paramount in the reduction of the aforementioned threats and helping increase populations of mangrove finch.

Extensive programs that deal with the presence of the introduced rats have been put in place in order to diminish and control their numbers. The success of these programs has been proven statistically, and they have aided in raising the population numbers of the mangrove finches.

In addition to this, the Charles Darwin Foundation launched a rearing program for the mangrove finch that sought to raise their baby chicks in captivity. Within the first year of the project, which started back in 2014, there were 15 fledglings that were successfully released out into the wild. The project was so successful that the foundation managed to repeat it two more times on Isabela. Most recently, in April of last year, there were 15 mangrove finches released on Isabela. As part of the process of releasing these young finches back into the wild, the CDF takes its time to familiarize them beforehand (in captivity) with certain features of the landscape that are predominant; such as trunks, foliage and plants found in the area where they will be released. This is all done to help them with their foraging skills.

With the goal of monitoring their success rates, all specimens that were kept in captivity and then released out into the wild were fitted with small transmitters. This allowed scientists and researchers to track and observe the birds, which ultimately came to show them as displaying good levels of interaction between other individuals of their species as well as a good level of skills (when it came to foraging for food in the wild).

Nowadays, several of the finches released in 2014 and 2015 have been sited, giving researchers the peace of mind and joy in knowing that finches born in captivity are actually capable of surviving long-term. This was a boon for the Charles Darwin Foundation too, as it allowed them to have a foundation for how to protect other species as well. Over the course of three years, a total of 36 mangrove finches have gone on to be released into the wild.

This huge project is to help keep the species stable is a short-term goal, however. Plans to really help expand the population into greater number is a long-term plan that will deal with the translocation of these birds to new habitats. The mangrove finch can be easily spotted at the Finch Bay Galapagos Hotel while partaking in several of our various activities.

previousWhat are the best places to eat in Puerto Ayora?