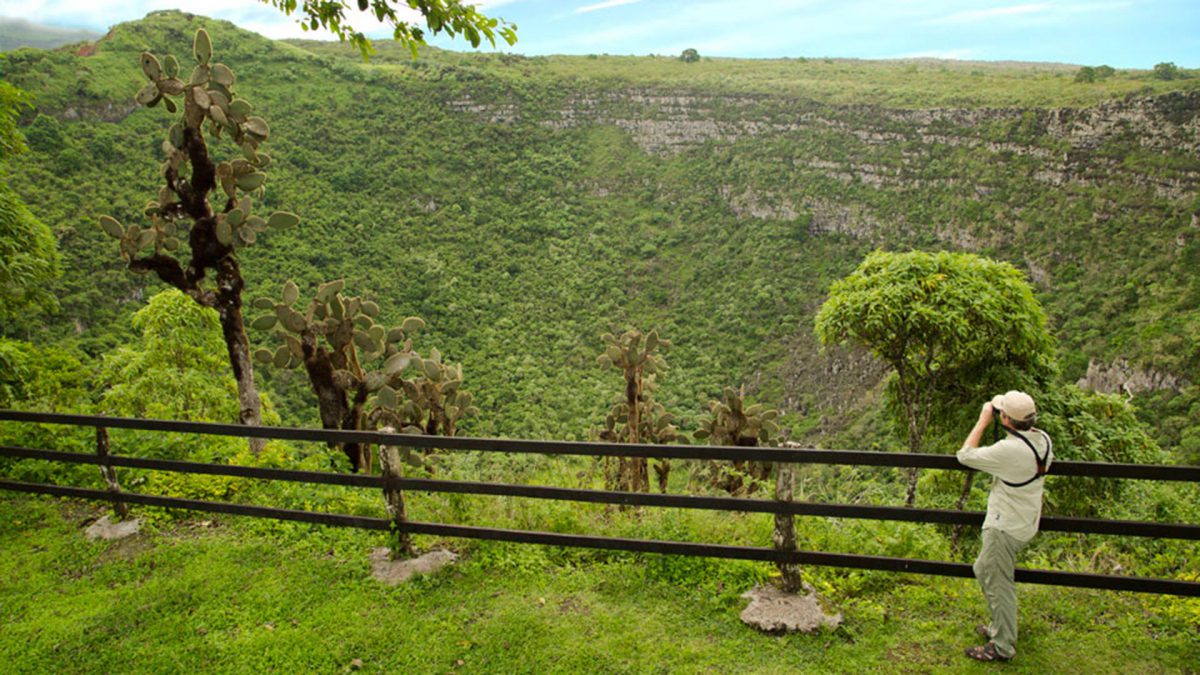 Serving as the main tourism hub throughout the whole archipelago, Santa Cruz Island is located right in the centre of the archipelago and is often times one of the most frequented islands by visitors. This is due to the eclectic island life it is home to, numerous commodities that it offers, and the curious interplay between its coastal and cooler highland region. One can experience these alternate regions simply by travelling from the north in Baltra Island (where the main airport is located) to the very south where Puerto Ayora (the main town) is located. This road that traverses the island from north to south is the longest one in the whole archipelago and is approximately 42 km (25 mi) long. The island is relatively rich in history, and the activity tends to focus on these two counterpoints on both sides of the island. The Finch Bay Galapagos Hotel also provides multiple excursions throughout Santa Cruz, allowing you to uncover the sublime natural history. In this blog post, we’ll focus on the human component of the islands’ history.

The (Earliest) Largest “Colony” of Them All

During a time that saw the US worried about a possible invasion of the vitally strategic Panama Canal from the Pacific (specifically the Japanese) during World War II, the US decided it would be a wise choice to have an Air Force base off the coast of Ecuador. At the end of 1941, the US arrived on Baltra Island (which is virtually linked to Santa Cruz) with equipment and manpower borrowed from their bases over near Panama Canal. By 1943, the base was home to 2,474 US officers and 750 civilian laborers, and was the largest colonization of the islands during that period. After a few years and zero threat in sight, the United States left the base to the Ecuadorian government, which ended up restructuring it as a public airport.

The Norwegians and the Angermeyers

Prior to this back in 1925, down south on two smaller islands known as Floreana and San Cristobal, a small group of Norwegians were working away at setting up a whaling station. Their efforts did not go as planned, however, and as a result they moved over to Academy Bay by current day Puerto Ayora to try something else. Once there, they mainly focused on fishing and canning turtles and lobsters. This was perhaps the first bit of notable human history on Santa Cruz Island. A few years later, German settlers arrived and partook in the farming and fishing activities that were by now established by the Norwegians.

A group of these German’s consisted of the Angermeyer brothers – a wholesome group of German’s that in time would end up softly branding Puerto Ayora with their own name. Karl, Gus, Hans and Fritz Angermeyer all arrived to Santa Cruz Island back in 1937 in order to escape the turbulence of the imminent war in Europe.

Initially residing in the highlands of Santa Cruz, the brothers eventually made their way down to the shoreline where they lived near the port for numerous ears as fishermen. It was here that they managed to build their first boat – the first of many throughout a long line of boat-building and sailing that would come to comprise their family.

– The highlands of Santa Cruz can now be explored on bike! –

Eventually, the brothers settled down, got married and built houses along the coast of what today is known as Angermeyer Point. In fact, their legacy remains evident and standing as you make your way towards the Finch Bay Galapagos Hotel.

This small crew of brothers, along with the Norwegians before them, would eventually foster the exploration of the islands by numerous visitors that had their curiosity peaked by such curious inhabitants. The existence of these foreign settlers eventually became an example of the romantic idea in life that escape through travel does indeed works, and that paradise is found wherever you choose to cultivate it!