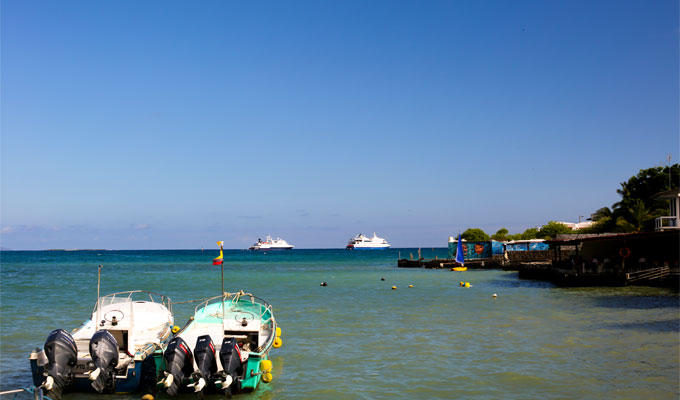 Puerto Ayora in Galapagos – The Hub of Human Activity

While 97% of the Galapagos Islands is strictly protected under Ecuadorian law and closely maintained in its natural state, many are surprised to find that the remaining 3% is very much like your average Ecuadorian port town. Puerto Ayora in Galapagos, with its bustling streets and bougainvillea trees, is not generally what people imagine when they think of the Galapagos; however, this doesn’t mean it doesn’t hold many adventures of it own.

Getting around the town of Puerto Ayora in Galapagos

Puerto Ayora is the largest town in the Galapagos and is located on the southern side of Santa Cruz, yet it is still conveniently small enough to cover on foot and has a comfortable population of approximately 15,000. The small town is the hub of human activity in the archipelago and offers travel-worn tourists a variety of services such as ocean front hotels, boutiques, outdoor bars and international cuisine, as well as any daily conveniences you may require. Furthermore, the people of Puerto Ayora in Galapagos are very proud of their home, and are happy to help guests get to know the island. Keep in mind that the level of English is generally low.

These qualities and Santa Cruz’s central location make Puerto Ayora an excellent place to visit during your Galapagos adventure. The island of Santa Cruz alone has rich and diverse ecosystems that act as an excellent introduction to the archipelago. Visitors to the islands often spend a night or two in Puerto Ayora to conclude their stay and make the most of their island vacation.

At the very least, almost all visitors take port at Puerto Ayora on their way to the Charles Darwin Research Station. The research station is an important point of scientific research on the islands that has attracted scientists from all over the world. The work performed at this station has made significant advances for the scientific world, particularly involving evolution. Furthermore, the research carried out is implemented in important preservation and conservation programs that work to conserve the present state of life in the Galapagos Archipelago. Guests are welcome to explore the CDRS visitor center where they can learn about the evolution, climate and geography of the Galapagos Islands, as well as any conservation projects underway.

In addition to the visitor center, one of the more focal parts of the CDRS is the tortoise breeding center, which is home to one of the most successful conservation programs in the islands that brought back several giant tortoise populations from the brink of extinction. One of its more famous inhabitants was Lonesome George who was the last of his species for several decades until he died in 2012. This center allows guests to observe tortoises that range from the size of your hand to those weighing up to a stunning 550 lbs. 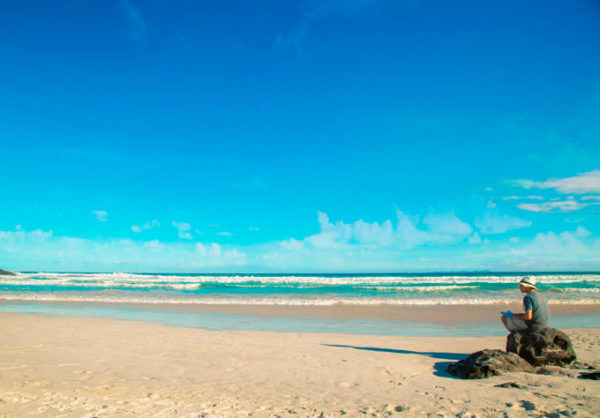 Puerto Ayora in Galapagos has several stunning beaches, but the most well-known is Tortuga Bay. However, despite its fame, the beach is surprisingly quiet and you will likely only have a couple sea lions chilling out on the beach for company. The beach is about a half-hour walk from town, making it too far for the majority of locals and difficult to fit in for many tourists. It can be a bit of a tiring walk, but this spectacular crescent of white sand bordered with crystalline waters makes up for the walk and more.

The bay consists of two beaches: Playa Mansa and Playa Brava. Swimmers may want to stay around Playa Mansa, as Playa Brava is known for having strong currents and large waves.

For those who have an extra day or two, Santa Cruz holds several adventures that are entirely unique to the island, all easily reachable from Puerto Ayora. Santa Cruz is one of the few islands in the archipelago that is high enough to break the cloud cover, allowing for lush and rich highlands to form. This provides the perfect home for giant tortoises where they lumber amongst renowned Scalesia trees in their natural habitat. The forests in these areas also support an extensive range of bird life and, in fact, the majority of land birds that live in the Galapagos can be found in these highlands.

Santa Cruz is also fabulous for geology lovers, as it hosts some unusual geological formations. Los Gemelos (The Twins) are two enormous pit craters that crashed inwards when the underlying magma was pushed out during a volcanic explosion. There are also several lava tunnels that tourists can descend into and explore, delving into the inner workings of an ancient lava flow. 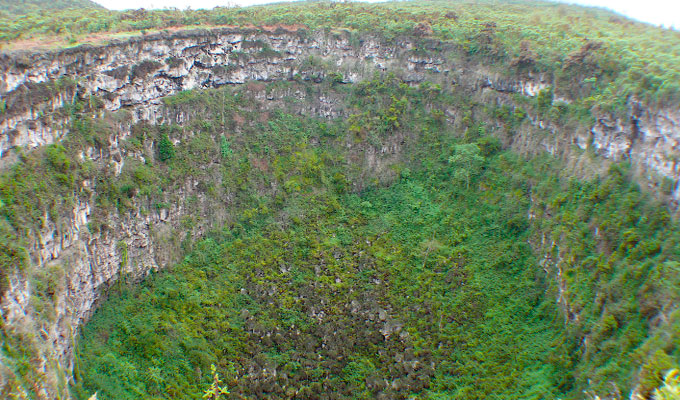 This is the only island in the Galapagos where visitors essentially have free reign. Biking is a terrific way to explore the island, while guided jeep tours are also a great way to learn about the life and history of Santa Cruz (both of which are available from Puerto Ayora).

previousFirst Thoughts On Darwin’s Work ’On the Origin of Species’

nextAll About the Galapagos Islands Tortoises