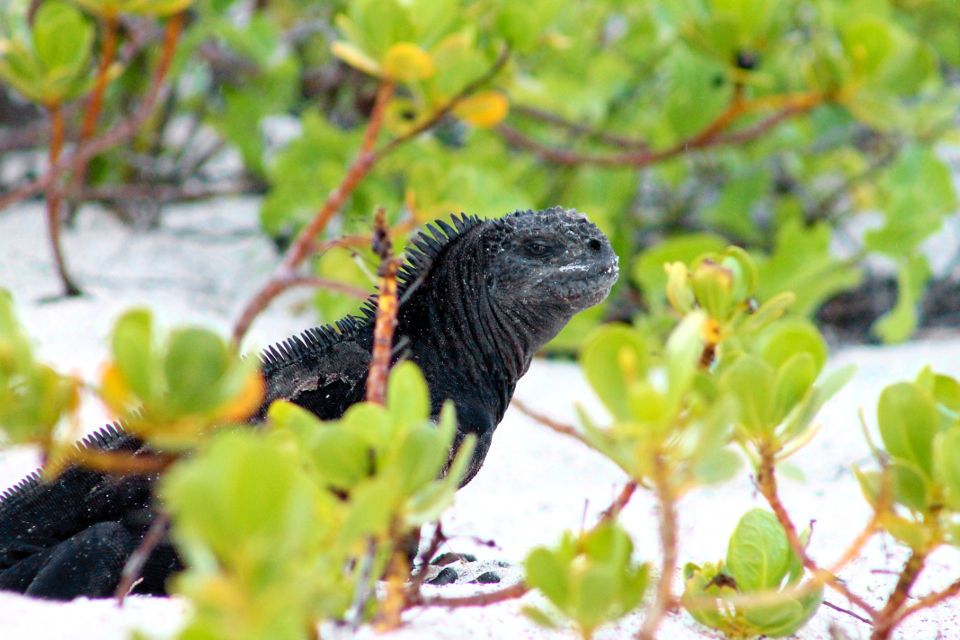 We couldn’t think of a better time to talk about seasons in Galapagos than now, given this month of December is right when we’re transitioning into Hot Season in Galapagos!

There are two different seasons that occur throughout the Galapagos Islands: hot season and dry season, the biggest difference being that the former is filled with sunny days and the latter with somewhat windier days. Nevertheless, these two distinct seasons in Galapagos are huge factors in contributing to the vegetation that goes on display throughout the year along with certain patterns of wildlife activity. Being a remote group of islands out in the Pacific, however, means that seasonal migration patterns are pretty much non-existent; the islands themselves are simply too far away from anything for the majority of animals to leave for a part of the year. This means that seasons in Galapagos, despite being distinct, make the archipelago a year-round destination.

– Strolling along through the Finch Bay Galapagos Hotel during Hot Season. –

A Tale of Two Seasons in Galapagos

What makes the weather in Galapagos so special is the peculiar presence of trade winds and ocean currents. As a result of these, both seasons in Galapagos see relatively mild tropical conditions and dry weather when compared to other regions along the equator.

During the dry season in Galapagos, the oceans currents that “corner” the islands from both the south and west are partly responsible for this tendency. The Humboldt Current is what helps bring up the cold Antarctic waters from the south, pulling it up along the coasts of Chile and Peru and ultimately flowing into the archipelago to cool the waters of Galapagos. The Cromwell Current, meanwhile, serves as a deeper undercurrent that enters from the west and brings in even colder water to the Galapagos. These considerably lower ocean temperatures are what foster plenty of marine life to arise, simultaneously lowering the amount of rainfall and decreasing the amount of “green” vegetation around.

– Hot Season in full-swing in Galapagos. –

Seasons in Galapagos are harbingers of change, and hot season is no exception: December sees the aforementioned currents and winds that arrive during dry season weaken. It’s during this season that water temperatures around the archipelago gradually rise as warmer waters from the Panama current start to enter the islands, which means that the amount of evaporation increases, too. Hotter atmospheric conditions begin to appear and then, come January all the way up to April, the hottest months in Galapagos will be in full-swing, with average temperatures hovering around the 78 °F/ 26 °C mark. It won’t be until mid-March that the Galapagos will begin to cool down again as both colder waters and southeast trade winds make their way back to the archipelago as the Dry Season starts, and thus, the cycle repeats itself.

How does the Hot Season Compare to the Dry Season?

Compared to the rest of the year, hot season in Galapagos feels significantly warmer. Islands experience an overflow of vegetation and terrestrial species such as land iguanas and tortoises (which feast on the plant life) will be out and about in full force. Moisture is also relatively higher during the hot season, meaning light showers are more common during brief moments in the day. Warmer sea temperatures are present as well, meaning many guests often won’t require the use of a wetsuit!

Whatever time of the year it be, guests at the Finch Bay Galapagos Hotel are guaranteed to enjoy the best of what Galapagos has to offer! Book your stay with us today!

nextSnorkelling in Galapagos: top animals you’ll get to swim with