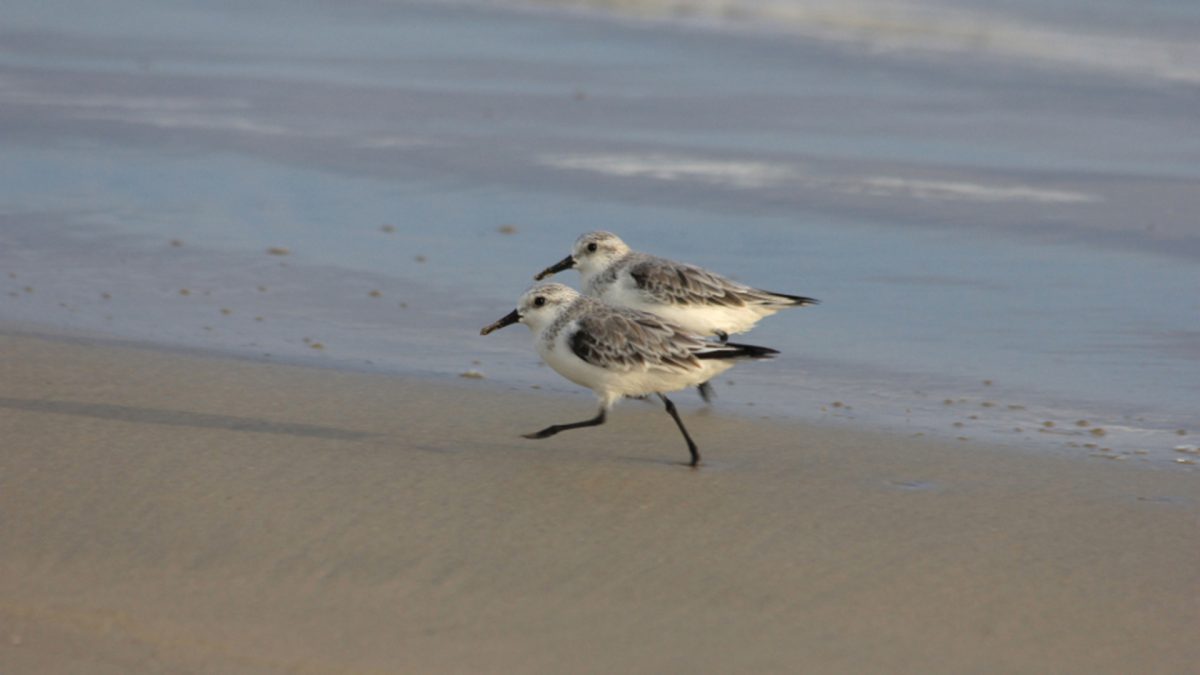 Shorebirds of the Galapagos: numerous and delightful

A plethora of tiny birds peppers the colorful shores of the Galapagos beaches, skittering to and fro while ducking their heads into the moist sand or cool blue waters. As a guest, it’s not all that uncommon to step foot on the islands throughout the enchanted and happen upon the numerous shorebirds of the Galapagos.

Skittish and way more wary than their larger-winged counterparts, Galapagos shorebirds tend to flee from the presence of humans (as opposed to the rest of the other animals found throughout the archipelago), often times bringing the shores to life as they move away in droves from the curious spectators that try and approach them.

Throughout this time of year, Galapagos shorebirds are highly active, with some of them even migrating in and out of the islands themselves. So why not take a brief look at what types of shorebirds the Galapagos islands has to offer, many of which can easily spotted right at the Finch Bay Galapagos Hotel itself!

The pinkest and most vivid of them all, the American Flamingo is frequently found wading about in waters of brackish lagoons and nearby beaches with its gorgeous plumage on display. These tend to focus more on crustaceans, mollusks, worms, insects and even plant material.
They can be spotted walking around (and flying across the waters even!) over on Floreana, Santa Cruz and Santiago.

With a beak whose colors come in close second to the vividness of the American flamingo’s feathers, the American oystercatcher in Galapagos is a tiny but joyous little sight on the shores. You’ll often see it hectically running about and inserting its rather large and orange beak into the wet sands, pulling out all sorts of subterranean creatures.

Standing tall and skinny, the Great Blue Heron often sticks out amongst the rest of the tiny shorebirds that populate the shores. It is the largest of Herons and is often seen feasting on fishes, crabs, lizards, small iguanas and even young birds in the Galapagos. Their plumage is unique in that it manages to look somewhat tattered but regal at the same time, their greyish-blue feathers often giving them a rather unique touch that make them look like something out of a watercolor painting. They’re sometimes even present by the Finch Bay Galapagos Hotel swimming pool, slowly walking about the poolside to drink water or hangout with our guests as they indulge in expertly cooked meals and/or delicious cocktails to have under the Galapagos sun.
Lava Herons, on the other hand, are a lot smaller and stealthier than their tall cousins. They tend to hop along the rocky shores of the Galapagos that are made up of volcanic rock (hence the name), patiently waiting for fish to swim by before snapping for them in a flash.Often times, Great Blue and Lava Herons are seen over on the islands of Genovesa, Marchena, San Cristobal and Española.