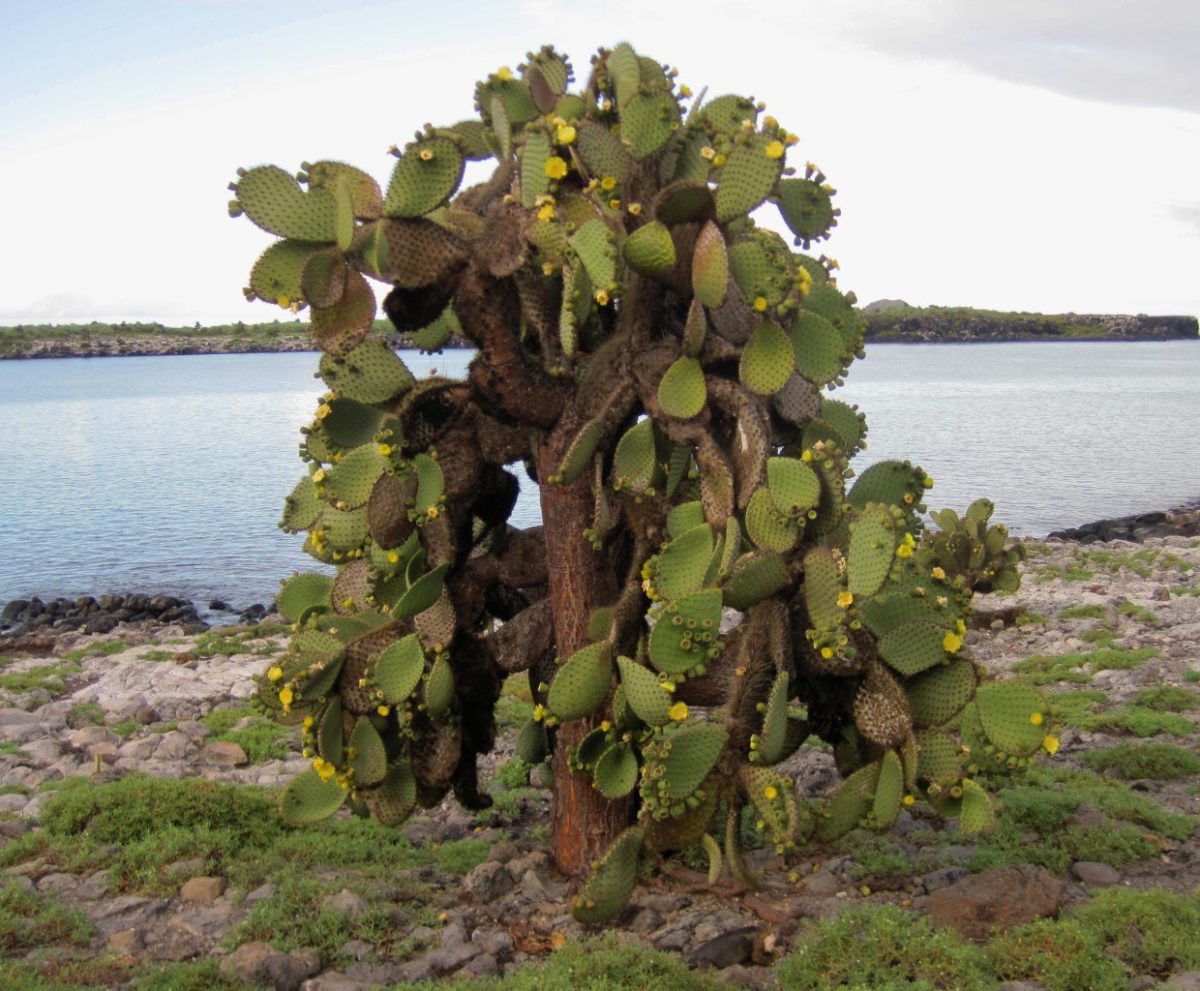 South Plaza is a small island full of fascinating wildlife, both along its shore and along its dramatic, wind-swept cliffs: sea lions, land iguanas, swallow-tailed gulls, Opuntia cacti and vegetation that changes colours according to the season.

Our guides will seek out the best site along the cliffs for an enjoyable snorkel. Back on board, we continue sailing round the eastern coast of Santa Cruz until we reach a group of islets and rocks: South and North Plaza are twin, crescent-shaped islands. While the northern twin remains accessible only for scientists, South Plaza is one of Galápagos most impressive visiting sites. Only 130 meters wide (426 feet), it was formed from uplifted seabed, giving it a tilted table top aspect. Our landing is in the channel between North and South Plaza, where the island slopes down toward the water.

The approach makes for a lavishly colourful sight! The turquoise waters of the channel contrast brilliantly with the white sand and black lava of the shoreline. The rocks have grown thick with green seaweed in places, speckled with bright orange “Sally light foot” crabs. Further up the shore, a carpet of scarlet Sesuvium succulents serves as groundcover for a grove of luminescent green prickly-pear cactus. Yellow-grey land iguanas sit beneath these, waiting patiently for pears to drop. The trail gradually follows the tilt of the island to the cliffs that overlook the ocean to the south, where swallow-tailed gulls nest.

Red-billed tropic birds, masked and blue-footed boobies ride the gusty currents. The overlook is a great place for spotting large marine life, including manta rays. Surf pounds an inlet at the western corner of the island, where a colony of bachelor sea lions make their home, accounting for the surprising surface of the rocks, polished by the oils of their fur. This is a walking excursion and involves uneven rocky terrain. Dry landing. Snorkelling.