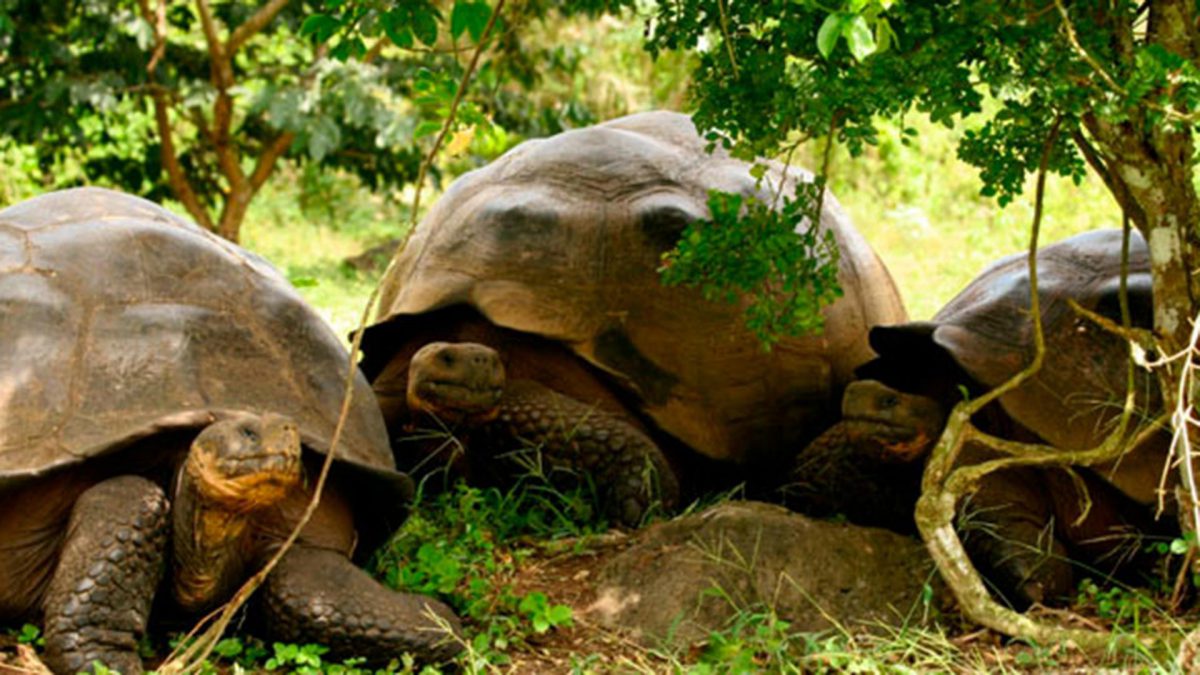 Observe the wildlife on the Galapagos islands while it observes you

Much of the wildlife on the Galapagos Islands are found on this volcanic archipelago and nowhere else in the world. You’ll have a chance to take an up-close look at the wonderful way these animals have adapted to their unique environment.

The amazing biodiversity of the Galapagos Islands has remained surprisingly unchanged since the H.M.S. Beagle first docked there in 1835. On board was a 22-year-old medical student named Charles Darwin. Darwin spent the next five weeks carefully observing the Galapagos flora and fauna.

Four years later, Darwin published an account of his journey in a book entitled “The Voyage of the Beagle.” It would take Darwin another 20 years, however, to analyze the implications of his observations. When his book “The Origin of Species” was published in 1859, it revolutionized the way humans looked both at nature and at their place in it.

Today, you can retrace Darwin’s steps by visiting the Galapagos Islands. They’re located in the Pacific approximately 600 miles off the coast of Ecuador.

The giant tortoises that live in the Galapagos Islands are so closely associated with the volcanic archipelago that they loaned their name to it. “Galápago” is the Spanish word for tortoise. Adult tortoises can grow to a length of over 5 feet and a weight of nearly 800 pounds. Galapagos tortoises are among the vertebrates with the longest life spans; they typically survive for 100 years or more.

When Darwin first arrived in the Galapagos, there were 15 species of tortoises; today, only 11 species survive, numbering 15,000 animals in all. Tortoises were hunted mercilessly for food by the pirates and whalers who used the Galapagos Islands as a base throughout the 17th, 18th and 19th centuries. Since 1959, they’ve been protected by the Ecuadorian government, and their numbers appear to be rebounding. The largest group of Galapagos tortoises, numbering between 3,000 and 5,000, live on Volcano Alcedo on Isabela Island. The second largest tortoise population is on Santa Cruz, incidentally the island with the largest human population- a sign that proves how humans can live in harmony with the original island tenants.

With their pinkish grey bodies, their gray spiny ridges, and their knotty heads, the marine iguanas of the Galapagos Islands are quite striking to look at. That’s not what makes them so special to biologists, though. The marine iguana is the only aquatic lizard on the face of the planet.

Scientists speculate that these iguanas are descendants of land-dwelling iguanas that, millions of years ago, clung to debris that washed up on Galapagos shores. Over time, these iguanas evolved in unique ways. Specialized cranial glands filter out the salt in the seawater iguanas swallow when they’re feeding underwater. The marine iguana is found on every island throughout the archipelago. Hundreds of thousands of them are thought to exist.

The Galapagos penguin is the only penguin species that lives north of the equator. It’s able to do this because the Galapagos Islands are in the path of two cold ocean currents: the Peruvian Coastal Current and the Equatorial countercurrent.

Still, the Galapagos Islands can get warm at times, so these tiny penguins have evolved behaviorally to hold their wings at a 45-degree angle to their bodies, which allows their bodies to cool off. They’re also able to increase blood flow to their feet and the area around their bills, which cools them down further.

Galapagos penguins are extremely sensitive to fluctuations in the environment. Biologists estimate that their population was between 6,000 and 15,000 in 1970. The 1983 El Niño phenomenon caused their numbers to plummet to possibly, fewer than 2,000.

Blue-footed boobies aren’t found exclusively in the Galapagos Islands, but approximately half the world’s population of these birds breeds there. Their bright blue feet are extremely distinctive and play an important role in the male bird’s mating dance. The unusual color is derived from the light refraction at the external skin layers. The blue color brightness is also a reflection of the bird´s health.

It’s hard to miss the male great or magnificent frigate birds, especially during mating season. It has a giant red pouch near its throat that’s a sight to behold when it’s fully puffed out. Frigatebirds are the only seabirds that display this degree of sexual dimorphism.

Both male and female frigatebirds have wingspans so long that they appear to maneuver effortlessly on aerial currents. Short legs make them unwieldy on the ground, though, and they lack waterproof feathers, so they can’t stay in the water for more than a few seconds. Although frigate bird colonies are found in other parts of the Western Hemisphere, Galapagos frigate birds are thought to be genetically distinct.

Up Close and Personal With Wildlife on the Galapagos Islands

When you take a Galapagos cruise or if you’re staying on our Finch Bay Hotel and take daily yacht excursions, you’ll have the opportunity to visit the individual islands where native wildlife species live. Don’t miss out on the penguins, blue-footed boobies and other endemic wildlife on the Galapagos Islands.

previousWhat to Expect from the Charles Darwin Research Station in Galapagos