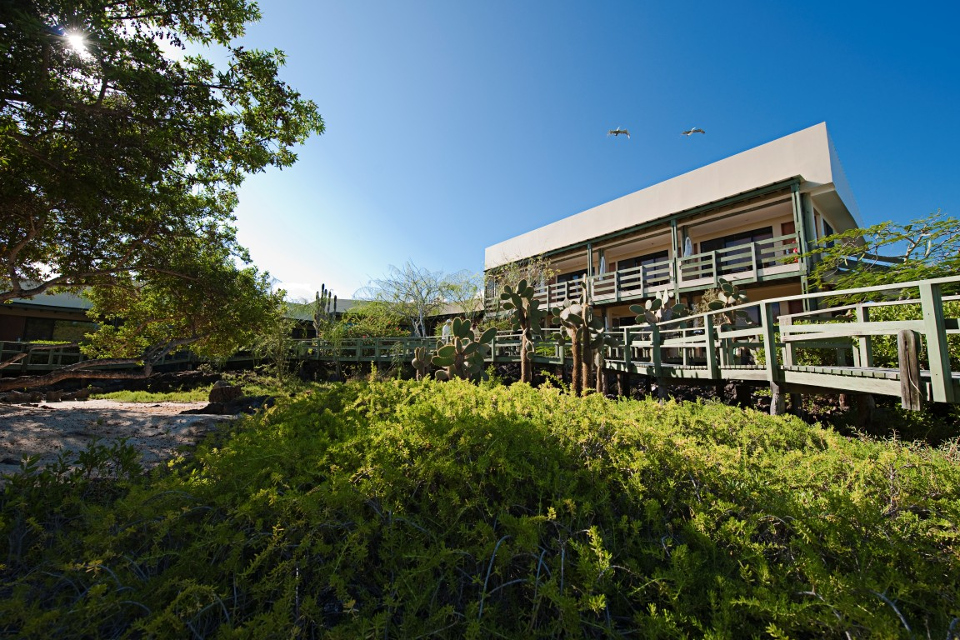 Good deeds don’t go unrewarded in this day and age, especially when it comes to the conservation of our beloved and only planet. The Finch Bay Galapagos Hotel is proud to announce that we have been awarded the prize for the World’s Leading Green Hotel 2017 by the World Travel Awards for the fourth consecutive year! In honor of this award, we felt it worth taking a brief look in this blog at the notably sustainable features of our hotel.

Probably the biggest things that the Finch Bay Galapagos Hotel has when it comes to making the most out of fresh water (a pretty scarce thing in the archipelago) is the way it harnesses and makes the most out of this resource. The Finch Bay Galapagos Hotel is proud to announce that we are the only hotel with its very own water treatment and own desalinization plant in the entirety of Puerto Ayora. We take this a step further by collecting as much rain water as we can to later purify and use throughout the hotel facilities. This water is also used to water our very own orchard/greenhouse (known as Chakrita Lab – a vegetable farm situated right next to our hotel) and is watered only during the coolest times of the day to avoid wasting any of this precious resource. Growing our own produce on site means that our guests are able to enjoy some of the fresh, organic produce available while lowering our carbon footprint in having to transport produce from the mainland.
Continuous monitoring of our water system keeps us from inadvertently losing thousands of gallons of water due to a leak. Note: a single drop per second in a pipe can lead to as many as 2,650 gallons of water lost over the course of a year if left unfixed!

Keeping a Proactive Eye on Our Electricity Consumption 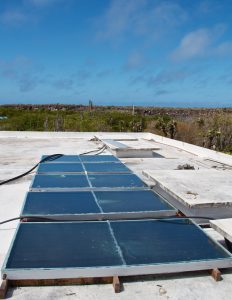 finch bay solar panels galapagosFrom solar panels that heat our swimming pool to LED light bulbs and motion-detection sensors that makes our facilities conserve as much electricity as possible at night, the Finch Bay Galapagos Hotel goes the extra mile in making sure we’re not leaking energy in these areas.

Properly insulated rooms allow guests to cool down; in fact, the rooms are so well insulated that they’re often cool enough to not require the use of the a/c. Another thing to keep in mind is that all rooms come equipped with biodegradable soap and shampoos that are a lot less harsh on the delicate Galapagos environment.

Notable mentions: We have planted over 500 mangroves around the property; continuously pick up trash along the beaches; and have a waste-classification system that allows us recycle things like glass, plastic paper and/or cardboard.With all these things featured as green components of our hotel, it’s not all that hard to understand how and why the World’s Leading Green Hotel 2017 ended up as the Finch Bay Galapagos Hotel! That’s why we invite you to come on over and take a load off, lower your carbon footprint and rest easy knowing that our hotel offers our guests one of the greenest stays in the Galapagos Islands, let alone the whole world!